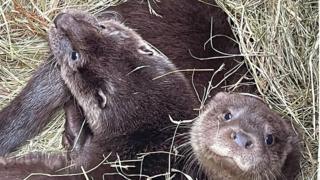 These two otters have finally found a home after being separated from their mums when they were cubs.

Buddy and Holly were rescued by the RSPCA after they became lost during storms in Spring 2020.

After some unsuccessful attempts to reunite the cubs with their mothers, the otters were admitted to the RSPCA Stapeley Grange Wildlife Hospital, in Cheshire.

They were then cared for by the wildlife team until they were strong enough and old enough to be released back into the wild.

Otters like clean rivers with overgrown riverbanks and lots of fish to eat. Their favourite habitats include wetlands, rivers and coastlines.

A Yorkshire Water site, on the banks of the River Ouse in Yorkshire, was chosen for Buddy and Holly’s new home.

The two otters, who are now now around 16 months old, will be kept in an enclosure at a Yorkshire Water site while they get used to their new surroundings. 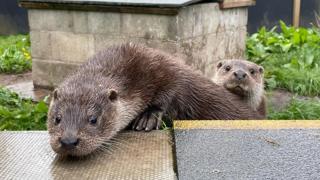 After 10 days, they will be released and able to explore their new home on the river bank.

Rob Scrivens, of the RSPCA, said:

“The River Ouse in this location will be a great home for them to live long and happy lives.”