A savvy mum has revealed how she makes her kids’ favourite snacks for a fraction of the price.

The mum couldn’t justify spending $7 on a box of ‘puffy dogs’ – frankfurts wrapped in puff pastry – at the supermarket so decided to make her own.

She ended up spending $8.80 on making 32 DIY dogs and still had frankfurts and pastry left over for next time.

To make them she cut the pastry into squares and wrapped the sausages in them before placing them on an oven tray, brushing them with egg and baking until brown. 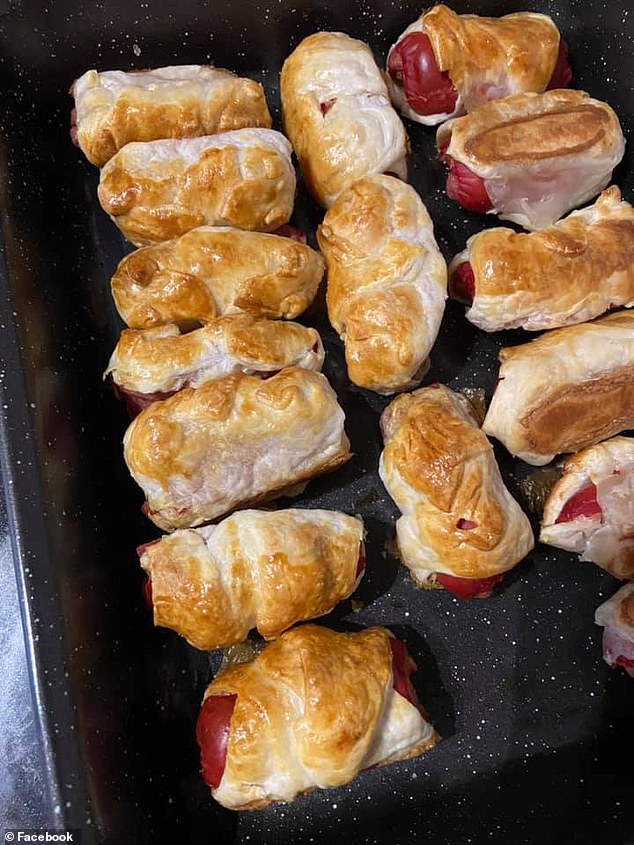 ‘I would’ve had enough to make about 32 of these and still have pastry left over for a few other things,’ she wrote in a Facebook post.

And the treats went down well with her family, according to the mum, who said her three-year-old ‘devoured’ five of the puffy dogs.

Others offered their variations on the meal which include adding cheese, barbecue or tomato sauce, mustard and salami. 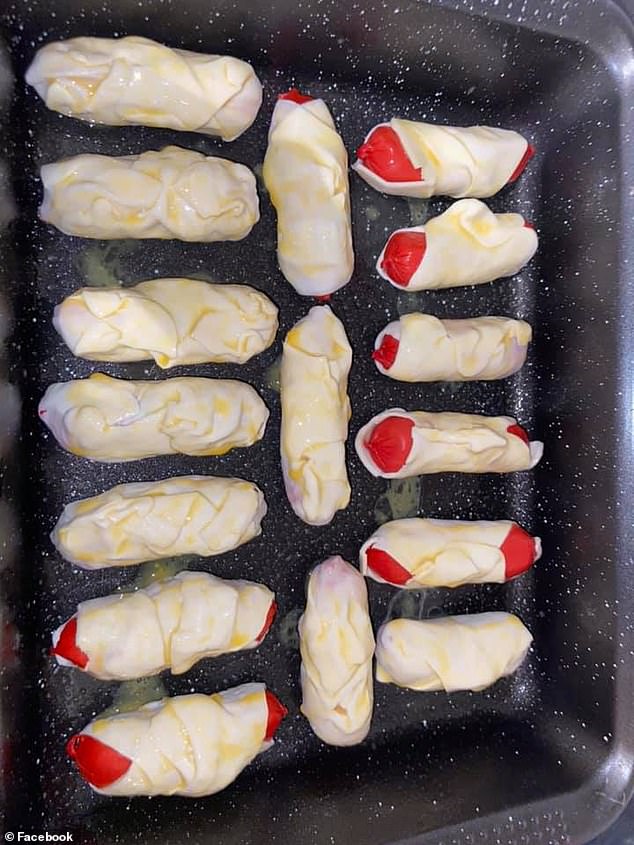 The mum spent just $8.80 on the snacks instead of $21 for the equivalent amount