The proposals, which are part of British Land’s huge £4 billion regeneration of Canada Water, include five mixed-use and residential buildings of between three and 27 storeys.

The buildings will sit above a 542-space basement cark park, which will extend underneath the entire 1.71ha plot and some of the parkland walk beyond its western boundary.

The scheme will also have 12,600m² of retail space, including a Tesco Extra mega-store which will be topped by a rooftop podium garden open to residents of each of the five buildings.

Maccreanor Lavington said the buildings ‘vary in typology’, with the scheme including buildings with a ‘central core; central corridor and deck access’.

The scheme will sit on the eastern part of the Canada Water masterplan, near Greenland Dock. AHMM’s 34 and 37-storey towers will be immediately to the west of the site – on the other side of Parkland Walk – while HawkinsBrown’s refurbishment of the former Daily Mail printworks will sit to the north-west.

The site is currently part of the Surrey Quays retail park, which includes an Odeon cinema, Pizza Hut and bowling alley. However, the retail park will be demolished under the Canada Water masterplan, which was designed by Allies and Morrison and approved by Southwark Council in 2019. 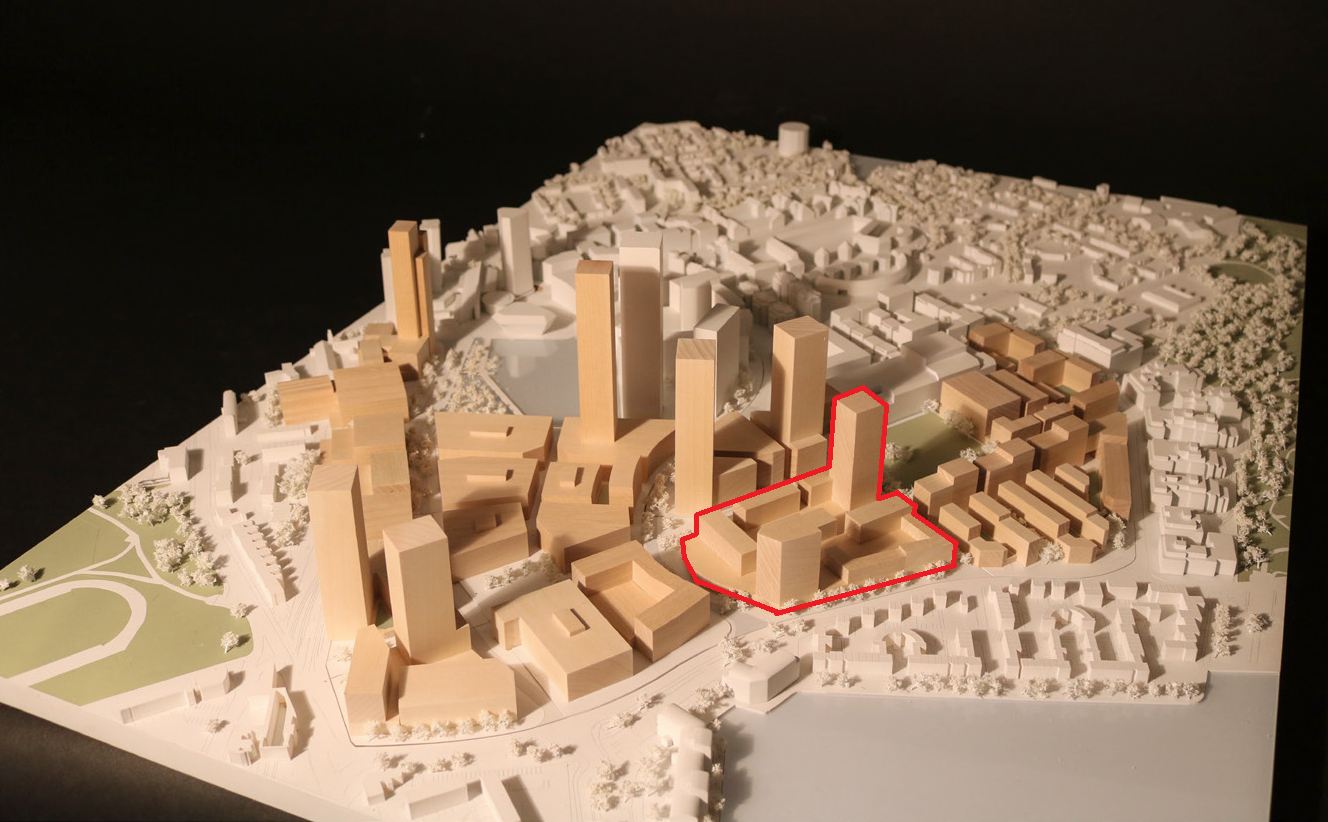