This week Microsoft introduced new Surface tablets, a new Surface Duo 2 phone, and a new Surface Laptop Studio that are all scheduled to hit the streets soon. But the company also unveiled a new Surface Adaptive Kit that’s designed to make those devices, and many others, easier to use for people with disabilities.

The kit is basically a bunch of stickers that you can attach to any laptop, tablet, or other device to make it easier to locate things like important keys or ports by touch or color. There are also “opener supports” that can be placed on a device to make it easier to open the lid or kickstand, for example. Microsoft hasn’t announce pricing yet, but the company says the Surface Adaptive Kit will be available later this year. 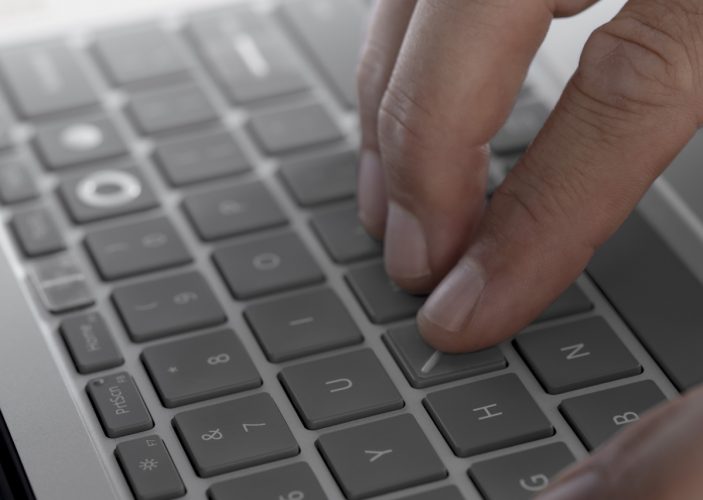 Here’s a roundup of recent tech news from around the web.

Fortnite continues to be blacklisted in the App Store [@TimSweeneyEpic]
Apple has no plans to relist Fortnite in the App Store until it has exhausted all possible appeals of the recent ruling… which could take years. So don’t expect Fortnite on your iPhone or iPad anytime soon.

The EU’s USB-C proposal might give us a portless iPhone instead [The Verge]
The European Commission plans to require phone makers to use USB-C ports for wired charging, in order to reduce e-waste. But phones that don’t have charging ports, and instead only use wireless charging won’t need to comply. Apple could take that route.

Fairphone 4 5G Revealing Snapdragon 750G SoC Spotted on Geekbench [Fairphone]
Fairphone, a company that makes phones using ethically-sourced materials (and whose most recent phones have had modular, repairable designs), is gearing up to launch the Fairphone 4 soon. Leaked benchmarks point to a Snapdragon 750G SoC & 6GB of RAM. There’s no word on whether this model will support US network bands though (previous models have not).

YouTube gets official video downloads on the web, saving you from using some very sketchy sites [Android Police]
YouTube is testing a feature that lets YouTube Premium users download videos for offline playback on desktop computers. The experimental feature seems to only be available until October 19 though, so it’s unclear what Google’s long-term plans are here.

Spotify Box [Evan Hailey]
The Spotify Box is a homemade device that you can plug into any preamp, mixer, or amplifier to stream music from Spotify while using the Spotify app on your phone as a remote control. It has an Allwinner V3S chip, a custom PCB, WiFi & BT, and Ethernet.

Liliputing’s primary sources of revenue are advertising and affiliate links (if you click the “Shop” button at the top of the page and buy something on Amazon, for example, we’ll get a small commission).

But there are several ways you can support the site directly even if you’re using an ad blocker* and hate online shopping.

Contribute to our Patreon campaign

* If you are using an ad blocker like uBlock Origin and seeing a pop-up message at the bottom of the screen, we have a guide that may help you disable it.