A DESPERATE mum gave birth to her first child after spending £25 on a DIY sperm donor kit.

Bailey Ennis, 24, decided to go it alone and have a baby via artificial insemination in September 2021 because she was so keen to be a mother.

She became pregnant on her first attempt the following month after finding a sperm donor online — and gave birth to son Lorenzo on July 2, weighing 5lbs 2oz.

Now Bailey is settling into life as a single mum and says she “couldn’t be happier” with her decision.

She told The Sun: “Having a baby by myself is the best thing I have ever done.

“Being a mum is wonderful and I am so happy I decided to go it alone. 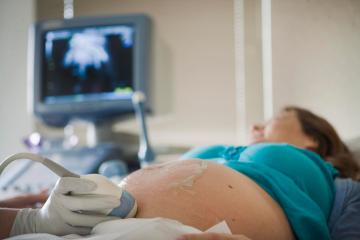 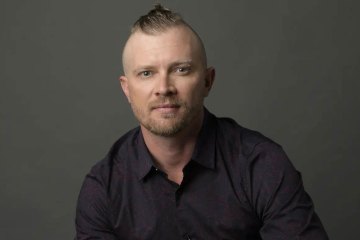 “I came to the realisation that I didn’t want to be in a relationship to have a baby.

“I knew I could just do it by myself.”

Bailey, who lives alone, used a sperm donor website and sifted profiles to find someone with donor experience and who was healthy.

The law student then bought the insemination kit online from a specialist medical services provider.

Bailey said: “I wasn’t looking for particular features, but I just wanted someone trustworthy and as healthy as possible.

“I found someone who had a healthy medical record and had been a donor for two others before.

“I found my donor and we Whats-Apped and met up for a coffee before both agreeing.

“He agreed to be my donor for as many children as I would like.

“I wanted to have blood-related siblings.”

She let her donor visit her home at the right time in her reproductive cycle and he provided her with the sperm sample.

She said: “It was really easy and not awkward at all.

“He brought over his donation and then helped me use the kit.

“It has sterile cups, syringes, ovulation tests and that’s it.”

Bailey, from Bromley, South London, had a smooth pregnancy and went into early labour at 38 weeks and five days.

She said: “I was having a few contractions for a few days. Then he came very quickly.

“I did it all alone and didn’t have a birthing partner.”

Mum and baby stayed in hospital for two days to check his growth before they were able to come home on July 4.

Bailey said of baby Lorenzo: “I thought he was gorgeous as soon as I saw him. He has my nose, big eyes like mine and my brown hair.

“He smiles when he passes wind — it’s really cute.

WOULD-be parents should do their homework on how to safely seek a sperm donor, fertility experts say.

Official fertility clinics are tightly regulated, with donors undergoing medical and psychological checks. Sperm donors through these clinics are not the legal parent.

But private arrangements outside clinics are unregulated, with no safeguarding. These donors may be considered a legal parent under UK law.

The Human Fertilisation and Embryology Authority said: “It’s always safer to have treatment at a licensed clinic.”

The mum said: “I give the donor updates so he can hear about Lorenzo.

“Lorenzo will know about the donor and will be able to meet him at any point of his life.”