A TERRIFYING new form of robbery is helping to fuel a £109million cyber-crimewave.

A Sun on Sunday investigation today reveals armed criminals stop victims in the street, force them to access their online banking app and shift the contents into “mule” accounts that are then drained of the cash.

This is just one new web-targeted weapon being used by organised gangs, preying on the millions who switched to mobile banking during the Covid pandemic.

It has driven cyber crime up by 97 per cent in the past year alone.

And despite online theft being regarded as the work of anonymous criminals operating from a screen, our probe today lays bare how it is now spilling on to our streets.

Experts blamed the surge in violent muggings on banks encouraging customers to move online, with three in five Brits having downloaded a mobile banking app.

Monty Munford, a tech expert who once lost £25,000 in a financial scam, warned: “Anyone with a financial app on their phone needs to be aware they have made themselves a sitting duck for violent criminals who are increasingly targeting innocent members of the public with violence and destroying their lives. Banks need to do more to stop mobile apps being so easy for criminals to exploit and infiltrate.”

The Sun on Sunday can reveal police have been dealing with a soaring number of highway robbery-style incidents over the past year.

In the most shocking case a gang terrorised several victims in Manchester in the space of 24 hours. One was told by the gang he would be SHOT unless he handed over pin codes for his phone app.

The gang also targeted a teacher, telling him he would be stabbed or killed if he “tried anything”. His watch and phone, containing his banking app, were among items stolen.

Police arrested Dean McDonagh, 20, and brothers Jack and Owen Parkes, 20, and 18. All three were jailed last September. Kirsty Walls, a senior crown prosecutor, later said: “This was a truly terrifying series of ­robberies.”

Yet the incidents are far from a one-off. It recently emerged that last year a terrified fresher student at Canterbury Christ Church ­University in Kent was held at knifepoint by a gang for 20 minutes and forced to transfer £6,000 of Bitcoin.

Britain’s largest police force says it is dealing with a spate of similar incidents across London.

Earlier this year a 20-year-old man from North London was attacked as he walked back from a pub, dragged into an alley and threatened by two men. After forcing him to open his smartphone banking app, the muggers demanded he transfer £10,000 to another account. Fortunately, the victim’s bank was able to recover the funds. But thousands of others are not so lucky.

This was a truly terrifying series of ­robberies.

A review of fraud cases by the Financial Ombudsman found almost 60 per cent of stolen money was never returned.

It said banks were “inappropriately declining reimbursement”, “not taking into account the full circumstances of the scam”, and “not giving reasons for their conclusions”.

Even victims who managed to claw back some money were being offered just 50 per cent of their losses.

The report, which covered major banks including Barclays, the Co-op Bank, HSBC, Lloyds, NatWest, and Starling, also found stark differences in fraud repayments. One UK bank fully refunded 59 per cent of scam victims, while two others refunded one and three per cent.

Yet as fraud grows, so too does our use of mobile banking apps.

According to the most recent stats, 59 per cent of people have a banking app — nine per cent more than social media apps.

Yet this switch to online is ­creating a new Wild West in online criminality.
Internet fraud, where a criminal gains access to a customer’s bank account using compromised personal details and passwords, rose by 69 per cent in the first six months of 2021, going from £64million to £109million. The number of cases increased by 97 per cent, to 41,917.

Fraud via mobile phones, where a criminal gains access to a customer’s bank account through a banking app, is sky-rocketing too. Losses reached £17million in the first six months of 2021, up 127 per cent compared to the same period in 2020.

Experts say young people left struggling to find work during the pandemic are being targeted online by criminals seeking to use them as “money mules”.

Criminals are preying on Generation Covid and those struggling to find work by using fake job adverts online to recruit money mules.

The fraudsters persuade them to “loan” their bank accounts so they can launder illicit profits through them. According to UK Finance, which represents the banking and finance industry, more than four in ten cases involved victims aged 21-30, with the numbers rising by 76 per cent in the first six months of this year, from 8,107 to 14,289.

Just this week the Sun on Sunday found a string of adverts online offering up to £10,000 for mules to sign up. Katy Worobec, MD of economic crime at UK Finance, said: “Criminals are preying on Generation Covid and those struggling to find work by using fake job adverts online to recruit money mules.

“We would urge everyone to remain cautious about any offers of quick and easy money.”

THIS three-man gang of, left to right, brothers Owen Parkes, 18, and Jack Parkes, 20, plus Dean McDonagh, 20, terrorised several victims in Manchester over 24 hours.

One was warned that he would be shot unless he handed over pin codes for his phone app. A teacher was told he would be killed if he “tried anything”.

His watch and phone, containing his banking app, were among items stolen.

All three were jailed for periods of between two years and four years nine months in September last year. 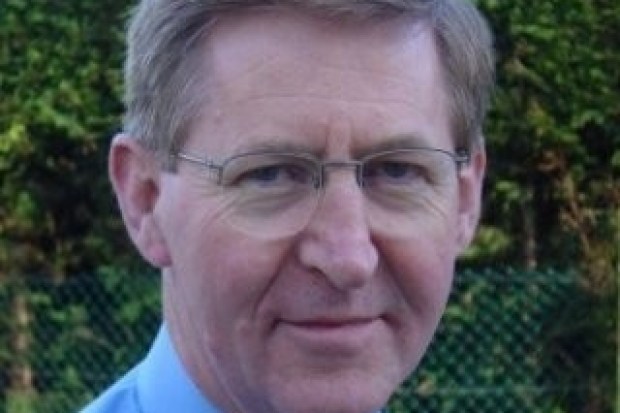 SADLY we are coming across more and more cases of industrial-style muggings where criminals obtain a victim’s banking login details.

In the past few years, and particularly through the Covid pandemic, banks have been encouraging more and more customers to bank online and via their apps.

This has reduced banking overheads, but it has clearly now created a dangerous new goldmine opportunity for criminals, and banks should be doing so much more to protect their customers from fraud.

The amount of money being returned by banks is shamefully low. With any theft of this kind, banks have a responsibility to repay any money taken from a person’s account without their permission.

Banks could – and should – be doing a lot more in this area, including introducing 24-hour payment delays to allow customers to approve larger transactions.