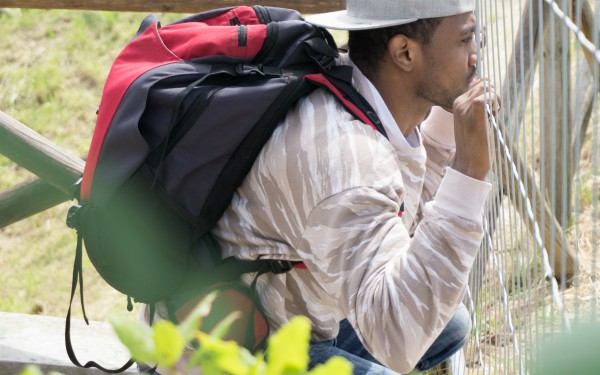 Kent council will resume taking in unaccompanied asylum-seeking children (UASC) after arranging a “safe and sustainable solution” with the Home Office, the local authority has said.

The south coast port authority, which stopped taking in unaccompanied children on 14 June for the second time in a year after reaching “an unsafe capacity”, said the numbers of asylum-seeking children in its care has decreased by a quarter since then.

Kent currently has 309 unaccompanied children in its care, down from 424 on 14 June, which still exceeded the government’s suggested maximum of 0.07% of a council’s child population, 231 in Kent’s case.

There are also 1,075 registered asylum-seeking care leavers over 18 in the county, a similar number to three months ago.

Most unaccompanied children who Kent takes into care are 16- or 17-year-old boys who the council accommodates initially in its reception centres and assesses their needs and, if disputed, their age.

The council then usually moves them to assisted living accommodation, but it provides foster care to those few aged 15 years and under.

The council, which previously threatened legal action against the Home Office over its refusal to compel other authorities to accept more unaccompanied children, said it could still litigate despite the recent talks with the Home Office.

“We remain of the view that the only long-term solution to caring for and distributing UASC fairly and safely is for the home secretary to use her power under the 2016 Immigration Act to make participation in the national transfer scheme (NTS) mandatory for all local authorities and will keep all legal options open to pursue that if necessary,” said council leader Roger Gough.

The voluntary NTS, launched in 2016, is based on the principle that no council should be asked to look after more unaccompanied children than 0.07% of its child population, but in practice children have remained concentrated in port authorities such as Kent as well as Croydon, where the Home Office’s asylum screening unit is.

The Home Office relaunched the NTS in July with increased funding for councils that sign up and a “rota” system designed to spread intake of unaccompanied children more evenly between regions, but it has so far declined to make the scheme mandatory.

It has not said how many local authorities have signed up to the NTS since it relaunched but said “many” have “come forward and provided places over recent weeks”.

Gough said Kent was in “very advanced discussions with the Home Office” to develop “a safe and sustainable solution” to support unaccompanied children arriving in the county.

He did not say what specific arrangements had been made but said “this reflects the realities of the government strategy for the distribution of unaccompanied children around all local authorities in the UK through the NTS, without our services being overwhelmed by the numbers of new arrivals,” he said.

The council also reiterated its position that a voluntary NTS was insufficient, saying the high number of unaccompanied children still in its care coupled with the government’s use of temporary hotels to accommodate asylum-seeking adults and children before they have been transferred to a council show the scheme “continues to fail to keep pace with the rate of arrivals”.

Before being assigned to a local authority via the NTS, unaccompanied children register their claims for asylum at their port of entry such as the Home Office’s Kent Intake Unit (KIU) in Dover. A team of social workers is based at the KIU, to conduct safeguarding checks and short-form, though legally compliant, age assessments.

These take place where immigration officers conclude the claimant’s “physical appearance and demeanour very strongly suggest that they are 25 of age or older”, or if not, there are reasons to dispute the person’s age, and they have no documents to prove they are a child.

When there is still doubt about an individual’s claim to be a child at the KIU, they will be referred to a local authority’s social services department for a further age assessment, during which time they will be treated as a child until a decision on their age is made.

The Home Office plans to tighten its age assessment process through its Nationality & Borders Bill “so only children are accommodated by local authorities”.

Currently, the Home Office is also placing unaccompanied children in hotels in places such as Brighton and Hythe, where no social workers are present.

The Home Office has said there is 24/7 security at the hotels and that newly-arrived asylum seeking adults and children “are treated as they would be at other facilities, and are expected to comply with Covid regulations including a 10 day self-isolation period”.

It has also disputed claims that charities wanting to do social work assessments, lawyers offering legal advice and religious groups offering halal food have been denied access to unaccompanied children at the hotel in Brighton.

The Home Office said it allowed legal representatives access to unaccompanied children at hotels “once they have provided evidence they have been instructed”.

“We take the health and wellbeing of unaccompanied asylum-seeking children and the community they live in incredibly seriously,” a Home Office spokesperson said. “This includes allowing legal representatives access and providing halal-approved food.”

The spokesperson added that the Home Office was “working with local public health bodies to ensure appropriate health requirements are in place and all hotels have on-site staff to keep unaccompanied asylum-seeking children safe”.