A café and bakery in Brighton wants to be allowed to serve alcoholic drinks to customers in its garden but faces a formal objection from Sussex Police. 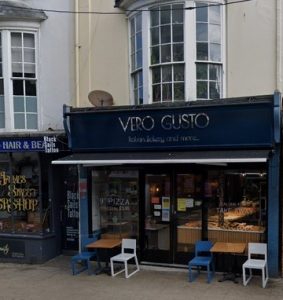 Vero Gusto, in St James’s Street, Brighton, has applied to Brighton and Hove City Council to vary its drinks licence to include its “shisha garden”.

The garden is not covered by the current premises licence which allows drinks to be served inside from 10am to midnight from Monday to Saturday and from noon to 11.30pm on Sundays.

As a result of the objection lodged by the police, Vero Gusto’s application will be decided by a licensing panel made up of three councillors.

Sussex Police said that it did not want the garden to be covered by the premises licence because it was reached by an alleyway two units up from Vero Gusto.

But the premises licence holder Ishag Salama said that customers would enter and leave the garden through the café and bakery’s back door.

Temporary Inspector Michelle Palmer-Harris said that the force was concerned that the area would become a bar rather than a food-led premises.

The café’s current licence restricts the sale of alcoholic drinks to customers who are sat at a table and having a meal.

“The way the garden has been designed and with it having its own separate entrance and low-level tables, it has no exposure to the café with its food offerings or be able to be used to have a table meal.

“On reviewing the premises social media, images taken since the redesign of the garden, none of them show persons currently eating out there – it’s just images or people smoking shisha.

“With the location being hidden away from view, if this variation was granted, due to our concerns on how the garden area will operate, it would require regular checks to ensure compliance.”

Even were the garden to close at 10pm, Inspector Palmer-Harris said that it would still cause problems for people living in neighbouring flats as drinkers were often noisy.

In addition, St James’s Street is in an area where the council restricts new alcohol licences in an attempt to reduce drink-related crime and anti-social behaviour.

The licensing panel hearing is due to start at 10am on Friday (15 October) and is scheduled to be webcast on the council’s website.