Ebanie Bridges has launched a staunch defence of ring girls amid questions over their role in combat sports, telling detractors: ‘Don’t make my mind up for me’.

He said: ‘What is their function? I think they are the most useless people in martial arts. What function? How? What are they doing? Tell me please.’ 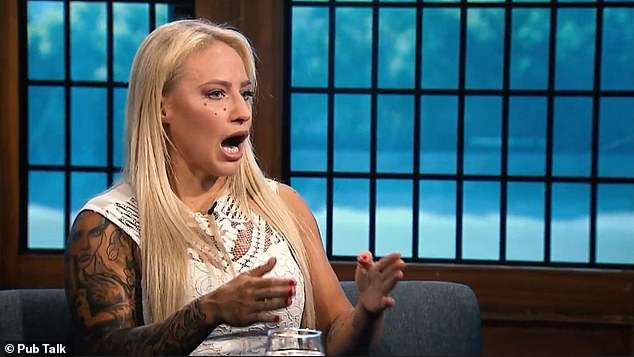 Yet IBF bantamweight world champion Bridges, a former ring girl before her meteoric rise in boxing, has told the Dagestani in no uncertain terms to remove himself from the debate.

‘Why are people who aren’t us, trying to take our jobs away from us?’ she told football legends Alan Brazil and Ray Parlour on Pub Talk.

‘We love it, I loved being a ring girl. I don’t think it’s useless. I loved being part of the entertainment, being paid to watch those fights. 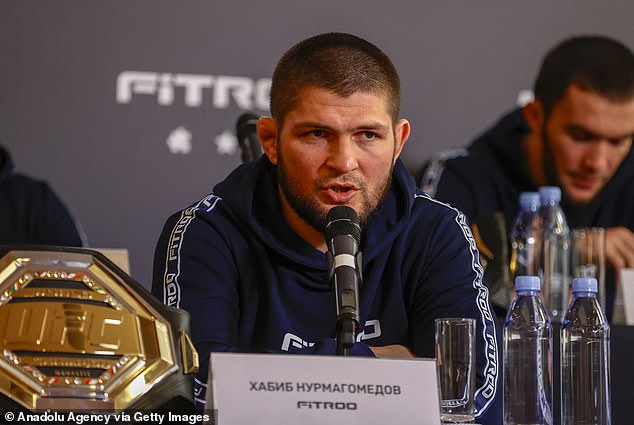 Bridges says ring girls should be left to decide what to do with their careers, not men

‘You’ve got people saying it’s sexist, it’s objectifying…. maybe I want to be objectified. Maybe I want to make money… don’t make my mind up for me. You can’t have boxing without the ring girls.’

Of her own experience as a ring girl, Bridges added: ‘I love combat sports, I grew up with it, so for me to be at the fights… I loved it. I got paid mad money, probably more than some of the fighters, to sit ringside.

‘I’d be walking around in a G-string – they don’t do the G-strings these days but back in my heyday, that’s how we used to do it.’

The Blonde Bomber has amassed a cult following since moving to the UK as a Matchroom Boxing athlete, with her skimpy attire at weigh ins catching the eye. 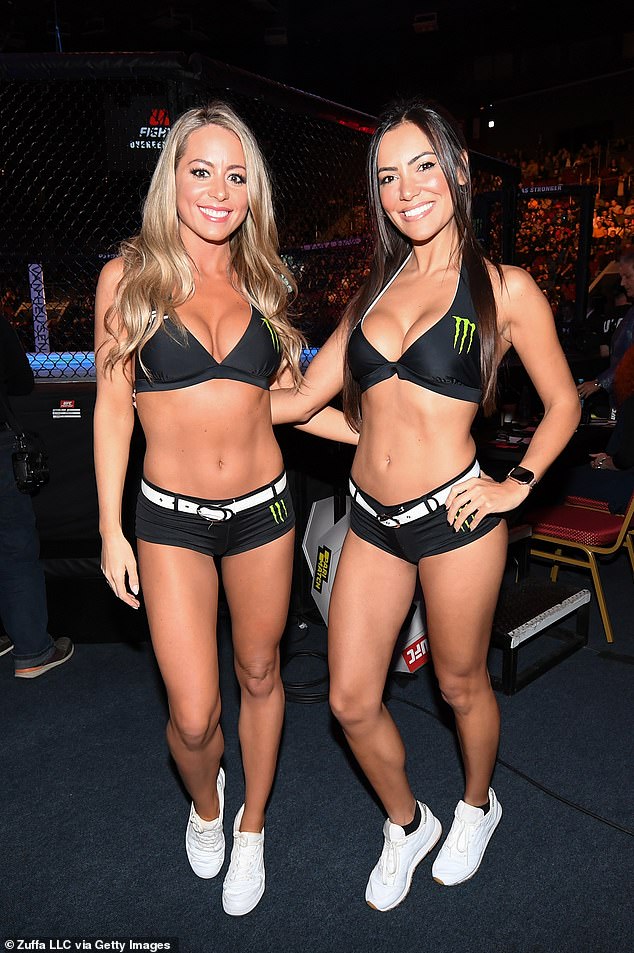 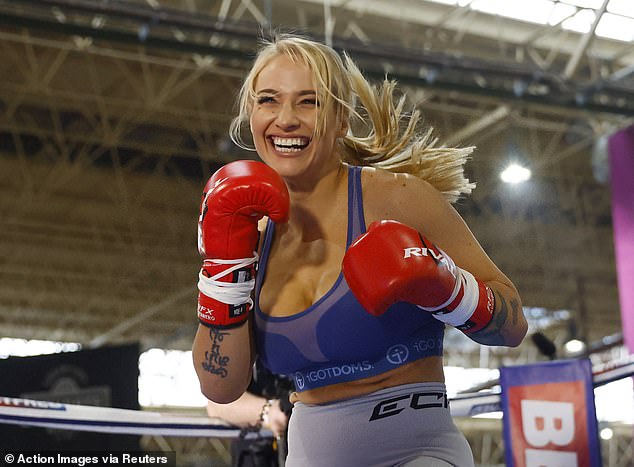 As a result, Bridges says she is often inundated with bizarre requests from fans, and admits that it can sometimes get ‘heavy’.

‘I get love letters, all kinds of stuff,’ she said. ‘I get asked for bath water, toe-nail clippings, sweat.’

She has also proved adept at swatting away online trolls on social media, and believes that abuse directed at her derives from ‘jealousy’.

‘I ignore it,’ she added. ‘Anyone who is successful, they’re going to get the jealousy, the hate, people will try to drag you down. That’s just normal.

‘The people talking s*** – they don’t know me, so why should I sit there and get emotional and bothered by someone who has never met me. I’m very secure within myself.

‘I’ve been through hell and back in my life and I’m very secure, I love who I am.’